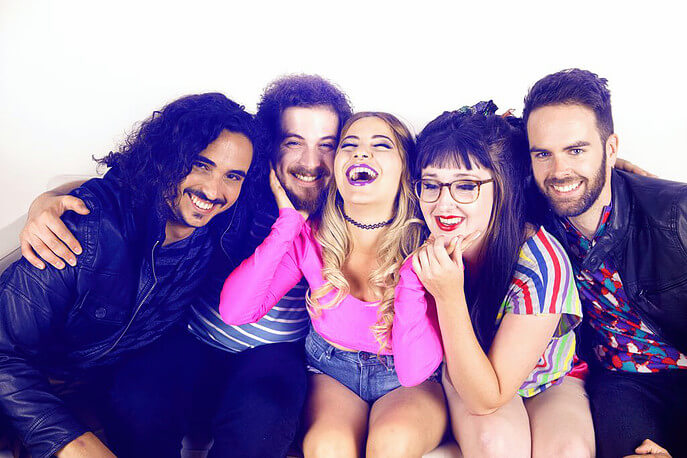 Ginger Ale and the Monowhales are one of Toronto’s most badass bands quickly on the rise, and lead vocalist Sally Shaar is a ball of fire you need to watch out for — a feisty force to be reckoned with, Sally and her band consistently deliver high-energy, memorable punk rock performances that will keep gyrating long after the music’s stopped. Behind the scenes, the drive and commitment that this band has is what really sets them apart, and their focus and passion translates on stage to a captivating chemistry that keeps you fixated.

Like many artists, Sally started music at a young age and grew up listening to the pop divas of the early 2000s.“I just loved music ever since I was little. I sang and pretended to be a rock star in the mirror,” says Sally reminiscing.

Her taste has since evolved and when’s she not delivering anthem worthy tunes on stage she’s blasting Led Zeppelin, Queen, Flaming Lips, Grimes and Fat As Fuck through the walls of her Toronto apartment.

During her foundational years, Sally credits her middle school teacher Dr. Jerri Goffe for playing a critical role. “(She) was really strict and pushed you in a way that no middle school teacher would and it really made me feel more serious about doing music in general or the fact that I could be successful in music. My teacher really believed in me and gave me a lot of confidence in it,” says Sally.

After high school uncertain whether to continue music, her friend and band mate Jordan Circosta encouraged her to study music at Humber College, which is where she met the rest of her band, and in 2013 Ginger Ale and the Monowhales was born.

“It just kind of happened we got together and jammed even though we didn’t know if it was going to be anything we just kept doing it and eventually it just became a thing,” says Sally. 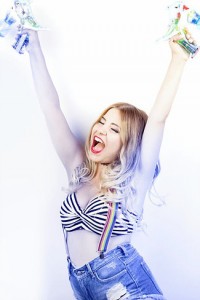 In the last three years, the band has gained impressive momentum and have played Canadian Music Week, Indie Week, and Pride and have opened for Electric Six and Fidlar. Most recently their single “Looking Simple” was named one of Mike Tanner’s favourite tracks from up-and-coming local artists in the Toronto Star.

In an industry that can be so incredibly daunting, in a city that so many musicians across the country flock to in hopes of being able to make a living from their art, the risks are real. But Sally witnessed from an early age that against all odds with hard work and perseverance anything is possible.

Coming from an immigrant family, originally from Syria, Sally’s mother who is “the most badass role model of all time” has been Sally’s biggest inspiration and supporter, many times front and centre at Monowhale shows. Sally feels privileged to have grown up in a city where the possibilities seem endless and believes that if her mother, who faced so many disadvantages can make her dreams come true, so can she. “I can do anything.”

For someone oozing such confidence Sally remains down-to-earth. It’s this quality that makes the Monowhales’ music so bold but relatable, a unique balance that has garnered the band quite the cult following. And to her fans who flock their balloon and glitter filled, kaleidascope-esque performances, Sally’s got a message for you:”YOU are the wonderful one!”

If you’re hoping to follow in Sally’s footsteps her advice is: “Please, please don’t listen to anybody who’s going to give you hurtful comments about yourself like physically or about your personality just do it, just be yourself and do you, you’ll go a lot longer in this industry thinking that way.” And her best business tip: “Try to understand it from their (your audience) perspective. I think that’s the best thing you can do.”

What’s in your record player?

If you could have a room filled with anything what would you fill it with?

Who in your band would you punch, nap with, flirt with or share your favourite thing with?

Punch Jordon, nap with Zac, flirt with John and share my room of tea and bubble tea with Holly.

Listen to the latest single from the Ginger Ale and the Monowhales – White Walls.