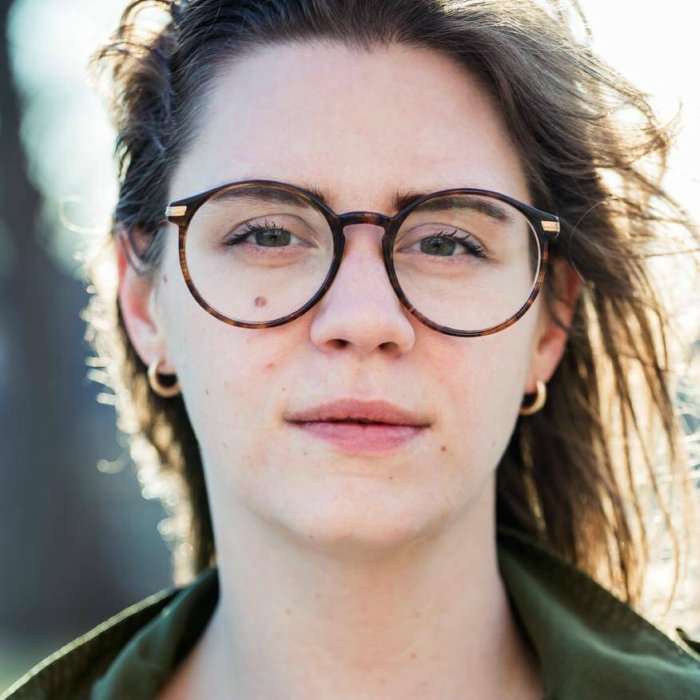 Toronto comedian Lauren Mitchell was walking on Adelaide with her sister when a guy started yelling at her from his car. He wanted Lauren to know he’d seen her perform and liked her musings on street harassment. “Am I getting street harassed about my street harassment joke?” Lauren wondered while retelling the story; she acknowledged the comment was made “in a very loving way.”

This perfectly meta moment, and Lauren’s entire comedic career, actually have their roots in workplace boredom. Three years ago, Lauren, now 30, was listening to hours and hours of comedy podcasts to withstand the tedium of doing data entry for an academic journals publisher.  They sparked something in her. “I was like, ‘Man, I wish I could be a comedian’,” Lauren explains. “And then I was like, wait, why couldn’t I be a comedian? I’m funny and people like listening to me talk.”

Lauren signed up for Comedy Girl a course about joke-writing, with instructor, Dawn Whitwell. Participants typically graduate from Comedy Girl with three to five minutes of solid written material. Lauren had ten. After performing in the course’s end-of-class recital, and then her first open mic, Lauren knew it was for her. “Hell yeah,” she thought, “what I’ve always wanted was to get up onstage and be me and have people appreciate that, because, narcissism,” she jokes. For the next year, she worked a full-time job while performing up to seven shows per week, often multiple shows per night.

In that time, Lauren sought out inclusive spaces where her jokes about feminism would be welcome. And for the most part, she has been well-received by audiences. That said, there have been times when she’s gotten a negative reaction for her outspoken support of diversity in comedy: “Any of the pushback I get in comedy around my politics has more to do with the fact that I don’t really have a problem calling people out for their sexism or racism. I’ve gotten more into trouble for being ‘Why do you have a show that’s all white people?’ or ‘Why do you have a show that’s all men?’ than I’ve ever gotten in for the shit I say on stage,” referring to her jokes about misogyny and male privilege. That said, she’s happy to be called out in reverse. “I’m not perfect either,” she says.

Creating safe spaces for women to talk about themselves prompted Lauren to create the popular Hazlitt podcast, Cavern of Secrets. Other catalysts for the show: her frustration and boredom with the uninspired, disrespectful way women are often interviewed: “I spent enough time listening to Maron. He would have a woman on and it would be like ‘But first let’s talk about what it’s like to be a woman doing this thing.’” Lauren doesn’t ask that. And while guests can promote themselves, the point of the show is for them to be themselves. And it works. By letting herself be vulnerable with guests, Lauren has had some truly remarkable exchanges with Carrie Brownstein, Tanya Tagaq, Mya Taylor, Tavi Gevinson and Carmen Aguirre, among others. Lauren wants listeners to feel like “they’re overhearing an interesting conversation on the subway and they miss four stops” because they’re so engrossed. Through Cavern of Secrets, Lauren is fostering a community that can be introspective, that holds itself accountable, that can look at itself at the end of the day, and laugh.