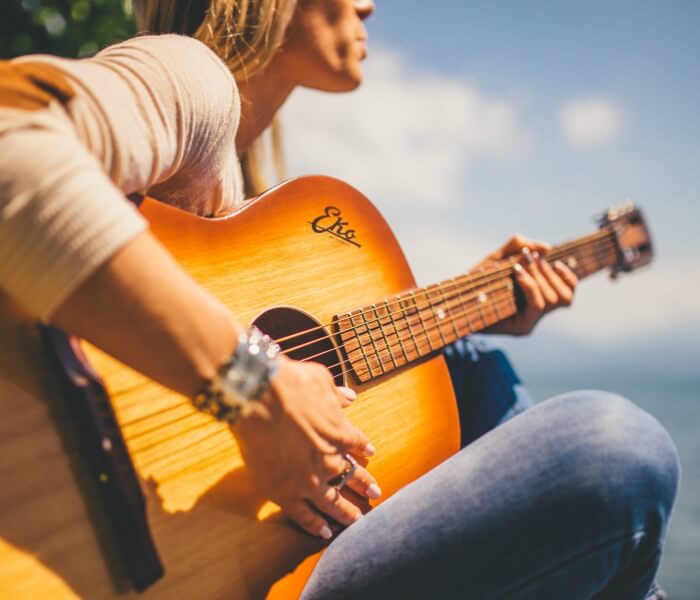 Like many teens, I woke up one day and found myself in my last year of high school, with no idea what kind of life I wanted to make for myself. Teachers and guidance counsellors offered vague advice like, “Pursue your dreams,” and, “Do what you love, and you’ll never work a day in your life.”

To me, they sounded more like riddles than words of inspiration.

I enjoyed music and playing in the school jazz band, so I thought my passion was music and therefore, I should become a musician. I auditioned for trumpet in Humber College’s jazz music program and was accepted.

The music industry is incredibly tough and competitive, not the least of which for brass players, and in all honesty, I did not come close to making the grade. But the real reason I never made it as a musician is because I didn’t want it – a fact that took me four years and a diploma to realize.

Worst of all was the fear that, because I failed at music, I would fail at anything else I attempted in life because obviously, I wasn’t passionate enough about anything!

Not knowing what to do next, but having bills to pay (and massive student loans) I quit pursuing music to take an entry-level receptionist position at an ocean freight company.

At first, my job consisted of menial tasks like stamping documents and answering the phone, but eventually I was given more responsibilities. Each time I was praised for a job well done and entrusted with a more challenging task, I had a feeling of accomplishment and – dare I say it – fulfillment.

Now, several years later, I’m at a different company in a managerial role, and I’m sure many would say I’ve “sold out”, or that I’ve become a “corporate drone.”

I call it finding meaningful employment.

Can I say “I’ve never worked a day in my life”? Definitely not. There are times when the work is hard and stressful.

But let’s ask a different question: “Do I find my career fulfilling?” That I can answer with a resounding yes!

Because I’m passionate about being the best I can be.

Passion isn’t a job title. It’s not even just one thing. It is any combination of things that makes you thrive. It’s an ongoing discovery.

Growing up with a career goal and then realizing it isn’t for you as an adult can leave you feeling lost at sea. But failing one line of work does not mean you are doomed to fail forever. Sometimes the only way to begin your career is to rule out what doesn’t work first.

Finding and following your passions is work, and it’s ongoing. There will be a good side and bad side to virtually any job you take. Trying to find a job with only peaks and no valleys is not the reality of life. But you know you’re in the right place in your career if you feel fulfilled by your work and are inspired to continue growing!