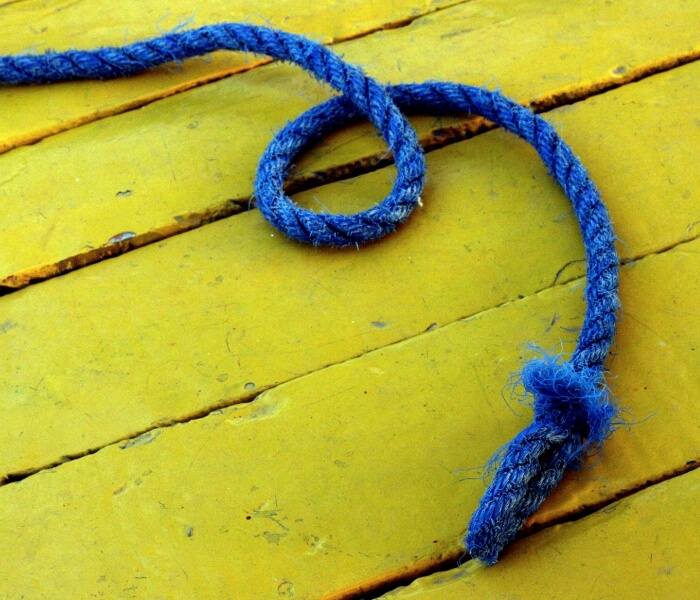 I rolled over still sleepy-eyed to check the ding my phone had just made thinking it was something silly like a twitter update, but instead it was a message from our boat neighbour Dave*, who was afflicted with keeping an eye on Cabin 1 while we were away for the holidays.

His message read: “Hey, all is fine but stern line snapped in the wind overnight. Power line kept the boat from swinging way out. Don’t panic”

Obviously, I panicked. I couldn’t believe it. We had been so anxious about leaving the boat alone for the holidays but weather predictions seemed good. We had done our due diligence: checked the ropes, the engine and agitator. Everything seemed great, so we took the chance to visit our families. Now, one of our worst fears had come true.

I leaped up and showed Nic the message, my heart racing. I’m not sure if he was still in a food coma from the Christmas feast the night before, but he remained a tad too calm for my liking. I wanted to teleport there immediately. Our home was in danger and we were all the way in Ottawa. We should never have left I thought.

After giving Dave a call, we immediately started to inquire about booking an earlier trip to Toronto. They were sold out and there was an ice storm predicted for the evening. Lady luck was not on our side.

We checked the weather for the marina and predictions said mild temperature and winds — but c’mon what do they know anyways? There were no obvious disasters that seemed to be lurking around the corner, but we still had the repercussions of the previous night’s wind storm to contend with. Although our ropes had been re-tied by our awesome neighbour what if the ropes, which were clearly not strong enough, broke again? What if the electrical cord had been damaged during the fiasco and it was now a fire hazard waiting to happen? What if the winds picked up and another line broke and our stern crashed into the dock, cracked the exhaust and we started to take on water? My mind raced with every possible disaster that could occur where we would essentially lose all our material possessions — and we had no control. It was torture.

Six hours later we boarded our bus, which had been almost two hours late because of freezing rain. We wouldn’t get into the city until midnight.

We eventually got to our pier and as we were walking towards our dock for a moment with the combination of exhaustion and fear my eyes played a trick on me and I thought our boat had vanished. But, there she was, the stern cleat tied off with skinny blue and white rope but otherwise as sound as ever. What a relief! We weren’t homeless! We immediately did a full inspection and doubled all our lines with new ropes. It’s not the most fun thing to be doing in winter at 1 am after a six-hour bus ride but what can I say sometimes that’s boat life and we wouldn’t have it any other way.

*Not his real name.