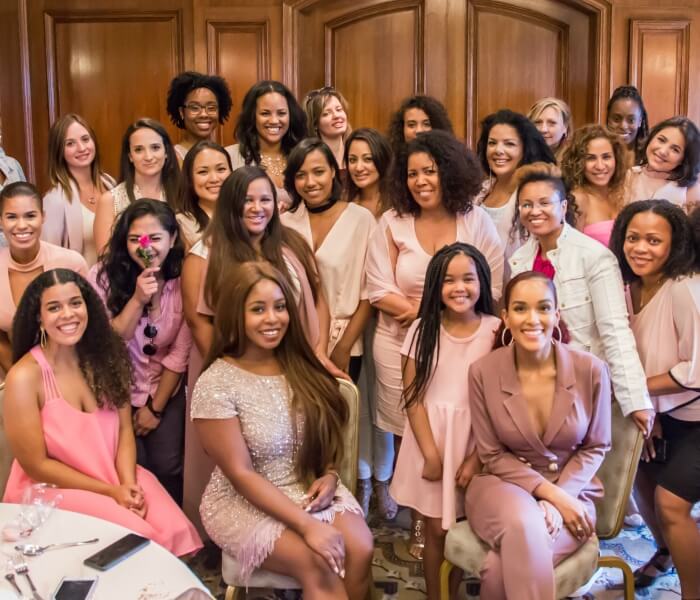 A few weeks ago, I was invited to the End Girl Hate Canada Inauguration Brunch. I had been following the organization on social media for some time and was thrilled to be selected as a guest. What I experienced was so much more than I could have ever expected. Thirty women, a bevy of beauties, draped in pink of every hue stood together as one voice, one army, one sisterhood on a mission of love, support and empowerment for each other, and women around the world. We learned about the struggles founder LeAnne Dlamini experienced and how it inspired a movement. We created a safe space where we shared similar stories of feeling excluded, alone and longing to be part of a tribe of like-minded women – and how ecstatic we were that we had found what we had been searching for.

We are very privileged here in Canada but many times in the places of privilege we can find ourselves very alone. Elle Mejia has brought the End Girl Hate Movement to Canada and plans of delving into the root of things by focusing on empowering young girls from a tender age to learn the value in supporting each other rather than tearing each other down.

End Girl Hate is here to encourage us in celebrating and uplifting each other, and to remind us of the beauty, power and potential we have to change the world when we stand together. I had the honour to speak with LeAnne and Elle. 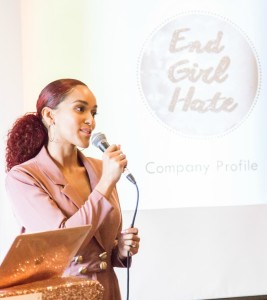 Why did you start EGH?

LeAnne: I started EGH because of the industry that I was in. The entertainment industry for me was so “clicky” that I felt very excluded. The more I became involved in the entertainment industry, the more excluded I felt. Especially from women who I had looked up to and who had inspired me. I realized I wanted to change that and I really wanted women to be more aware of how they interact with one another. Being a mum of two daughters, I really didn’t want them to have the same experiences that I had had with other women.

How did it all begin?

LeAnne: EGH was never meant to be an organization. I really just started hashtagging my posts (on social media) and posting encouraging posts for women with the hashtags #womenforwomen and #endgirlhate.

How has it grown in the last two years since it all began?

What is the goal and mandate of EGH?

LeAnne: The goal right now is just for EGH to grow as much as possible and for women to support each other as much as possible. For women to realize globally that we can support each other. One thing I’m really passionate about is about women connecting. We are in Botswana, and now Elle has brought it to Canada which is really amazing and who knows where else it’s going to end up. 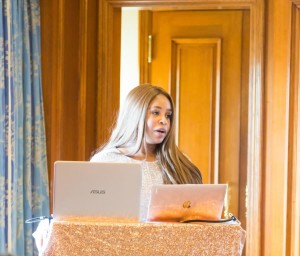 What can we expect for EGH Canada?

Elle: One of the more important outreaches is making sure it’s visible especially to the younger girls. So getting this message in schools to younger girls who are going to grow up to be women and teaching them to love and support each other. I think that’s the most important part for me.

What are the EGH core programs?

How did you ladies meet and decide to join forces?

Elle: It was kind of roundabout. When I was pregnant with Nico (son), I joined an online group for women who were giving birth at the same time and became friends with Chelsea (who lives in Johannesburg). When I visited Johannesburg, on the lunch dates we had, Chelsea would speak so highly of Leanne. At the time I was doing the podcast and I asked to meet with Leanne because what she was doing was so aligned with what I was trying to do with Pretty Girls Work (podcast). I did and we kept in touch a bit. When I came back to Canada I knew what she was doing was just so transferable to the women who are in my circle here in Canada. I just couldn’t imagine why it wouldn’t be a message that would be well received here as well. 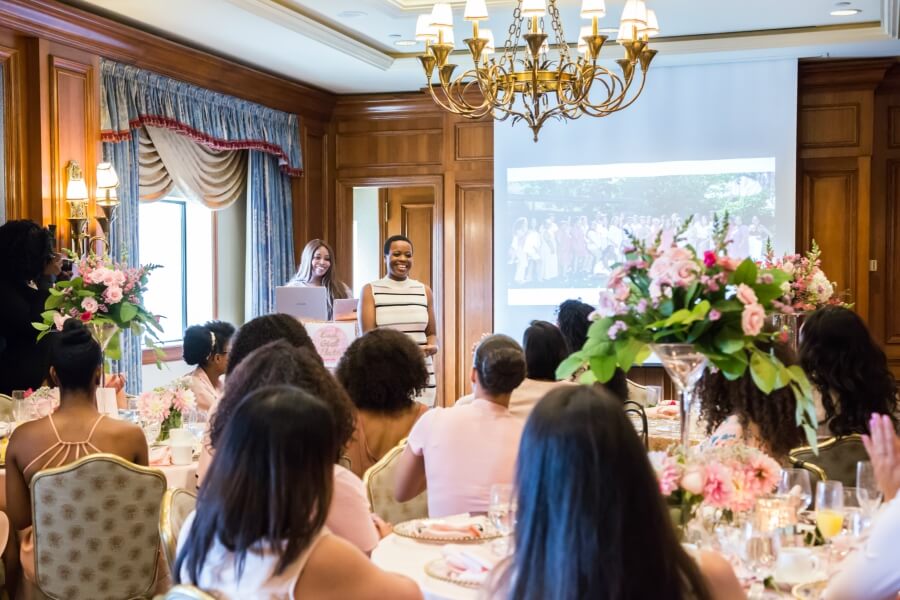 LeAnne: This month in Johannesburg we will be running our very first High-Tea Fundraiser. The organization that we’ve chosen this year is the Nelson Mandela children’s hospital.

Elle: We’re having a back to school brunch on September 16th and we will be launching the kid’s line of the EGH merchandise on the EGH.ca.

What’s been the most inspiring and rewarding so far?

LeAnne: The most inspiring, and I think rewarding, has been the response that I get from women. My mission and aim in life are really just to inspire women and girls and let them know they are loved and worthy, and that they belong. When I interact with people and I get the feedback and they feel exactly that way that just makes it all worth it for me.

What have been some of the challenges?

LeAnne: I wouldn’t say we’ve had any challenges. It’s really been such a huge blessing. The organization is only two years old, In the first year, all I really did was post messages on social media. So, if I had to say something was challenging, it would be the financial aspect and sustaining the movement. But, now we’ve started EGH mechanize which helps us sustain the movement. We’ve been really blessed; it’s been incredible.

Elle: I have to agree. I wouldn’t say any challenges other than logistics. In putting together the launch, what I did was call on the tribe of women you always know are there (for you) — but it was such a tangible example of reaching out to people in my community and in my circle. It’s almost like we had put on the event for each other. 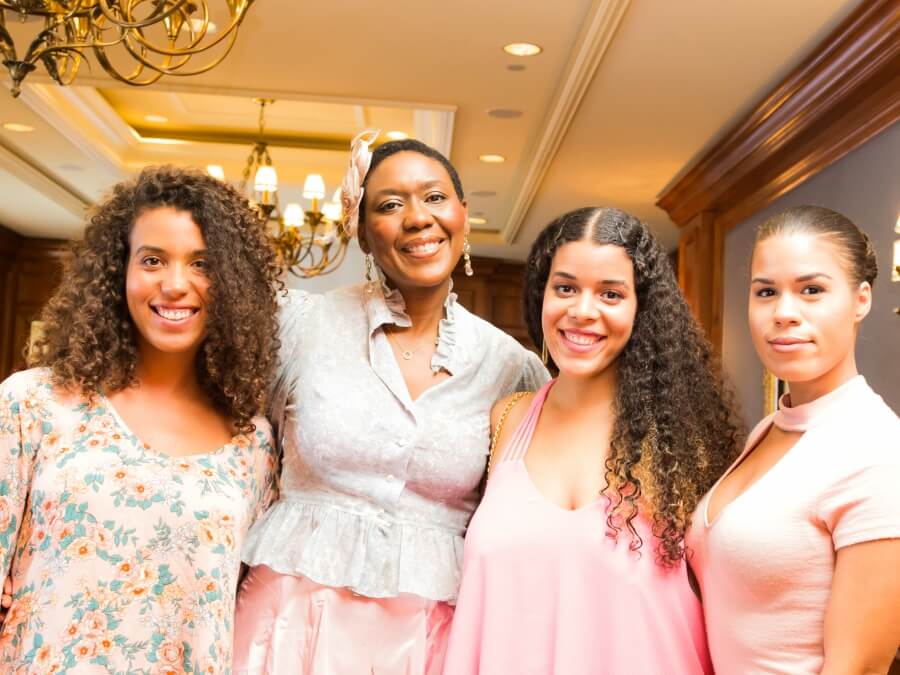 How can get someone get involved?

LeAnne: With a lot of the charity projects that we do, we often need volunteers, whether it’s handing out toys or clothes. We often need people to give donations.

Elle: Another way I’ve been thinking of this is that there are women who are experts in their field and they feel like they have something they can teach other women or they can benefit from. They have been approaching us and saying they want to be a part of or host a Masterclass teaching whatever they are an expert in.

If EGH were to reach its maximum potential what would it look like and how would it impact the world?

LeAnne: Probably when women are ruling the world (haha) and are fully supportive of one another. In an ideal world that’s how I would love it to be. I would just want for people’s mindsets to change and for women to be empowered.

Elle: I want EGH to be a household name. I want it to not even be a thought or a conscious decision to uplift the girl next to you.